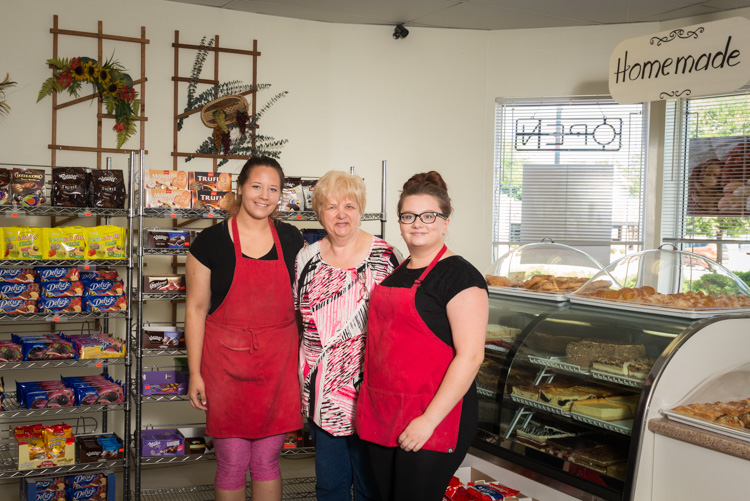 Nestled in a little storefront on Plymouth Road not far from Middlebelt, Polanka Market brings a taste of Poland to suburban Livonia. The small grocery is stocked with Polish lunch meats from Chicago, sausages, stuffed cabbage, in-house baked goods, imported food, pierogies and a smorgasbord of other Polish delights.“We offer fresh sausage, which my brother makes and stuffed cabbage, and a lot of people like our City chicken,” says proprietor Christine Lewandowski, who co-owns the market with her brother Lech Zochowski. “Everybody likes the little twists we bring to the products.”Other homemade products include pork chops, sauerkraut, meatballs, dill pickle and chicken dumpling soups, and Polish cheesecake made from farmer’s cheese.Lewandowski, a Polish immigrant, originally came to the United States on a trip to visit family in 1981 but ended up staying after she fell in love. She and her brother, who arrived about 15 years later, launched the grocery in 2006.

“We decided that we’re going to open this small Polish grocery, because we couldn’t find any good sausage around here,” she tells Metromode with a laugh.Although business was slow at first, it grew over time as the result of advertising in Polish newspapers and positive word of mouth. Increased traffic allowed Lewandowski to expand the deli counter, increase homemade options and offer catering. The clientele now includes immigrants from Romania and Czechoslovakia, Americans of Polish birth, and a surprising amount of native-born Poles from Livonia and nearby communities like Dearborn, Dearborn Heights, Canton and Novi.“I was surprised that there’s a lot of Polish people living around here,” says Lewandowski. “I thought it was concentrated in Hamtramck and Sterling Heights. But, no, I guess they’re all over!”